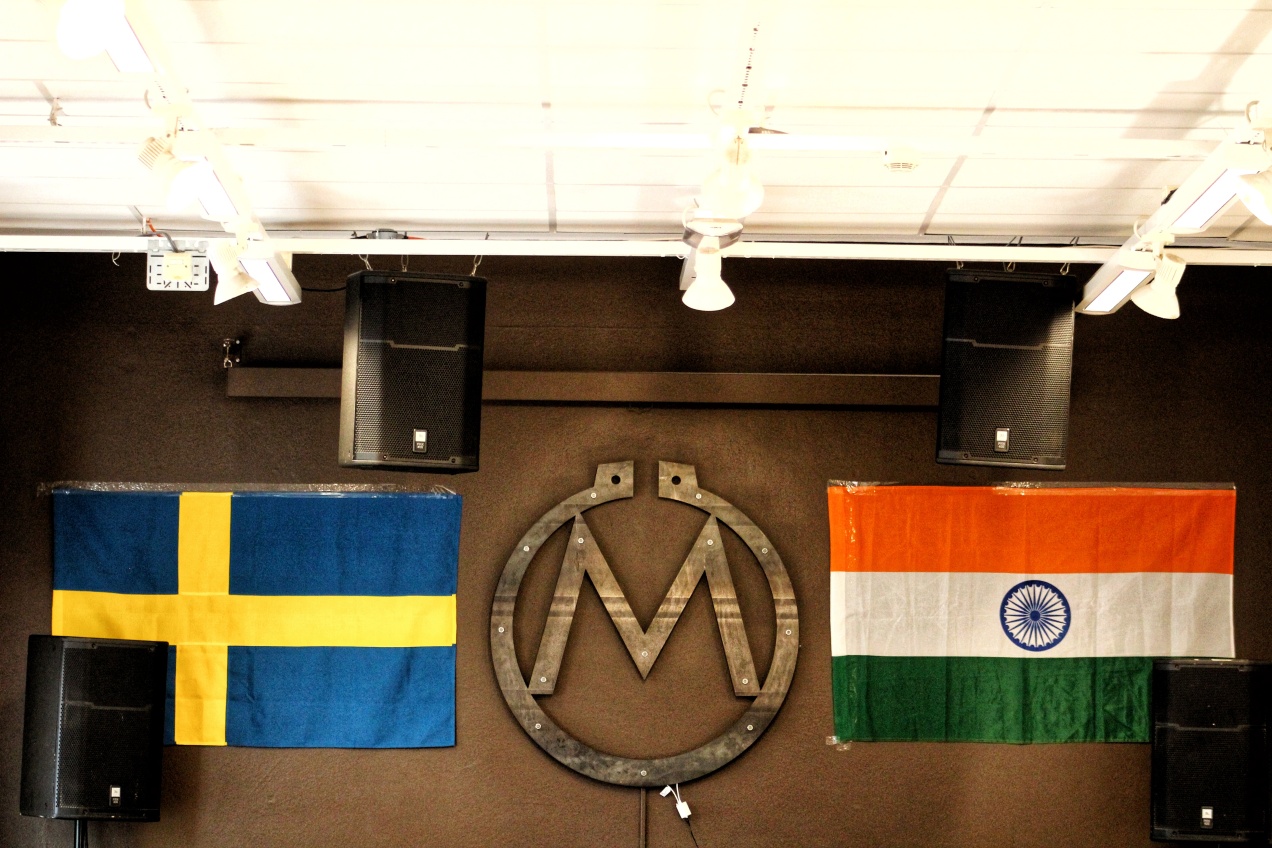 It has been a year since I moved to Sweden for my master’s and I have learnt many things; many things an average Indian doesn’t come across in India. I have let these observations change me, mould me and broaden my understanding of humans and society.

Few friends from India recently moved here and invited me for dinner just on their 4th day here. As I was listening to their tales of culture shock, I was surprised. Not at the incidents they narrated but at myself. It hit me that one year ago, I was them. Maybe the culture shock was not that big for me because this was not my first time in a ‘western country’ but for the rest of the evening, I would zone out and think of how my perceptions have changed. These were some of my thoughts that interpret the contrast between what was normal when I lived in India to what is normal now……….

(Disclaimer- Not everything is true for everyone. These are the most common things even I used to do before)

It doesn’t bother me when people show affection physically in public.
Am I not Indian enough?

I try hard to reach at least 10 minutes before the scheduled meeting.
Am I not Indian enough?

I do not mock non-Indians, for no reason, in front of them in my language.
Am I not Indian enough?

I want to have my personal space and time occasionally.
Am I not Indian enough?

I want to eat what I want, even though I come from a religious family.
Am I not Indian enough?

I stopped asking other Indians what caste they belong to.
Am I not Indian enough?

I do not stick to a group of people from my own country/language/region but mingle in an international crowd.
Am I not Indian enough?

I don’t have a strong Indian accent when I speak English.
Am I not Indian enough?

This new identity as an NRI has taught me precious life lessons and I constantly learn to find the right balance between my Indian values and western morals.

If you are a mountain nerd, you probably know how beautiful the Himalayas in Pakistan are and also the fact that Mount K2 is the world’s most difficult peak to climb. I came across it on a TV show and instantly fell in love with the beautiful landscape, the crystal clear water of lake Shangri-La and the heaven-like Hunza valley. I binge watched travel documentaries about Pakistan on youtube, watched Pakistani travel shows. I discovered the cities, the street food and the colourful markets. Pakistan was on my travel bucket list.

To talk reality, it is impossible for an Indian citizen to get a tourist visa to Pakistan. Although on paper there exists a procedure, all websites say no tourist visas have been issued in the past 6 years.

This is what I found on the lonely planet website- ” Pakistan visa to Indian nationals is limited to main cities like Lahore, Peshawar, Islamabad and Karachi and in case of pilgrimage visa, to the temples/gurdwaras like Nankana Sahib, Panja Sahib (Hassan Abdal) and Sikh gurdwara Jogan Shah, Peshawar.
The mountainous regions likewise Chitral, Hunza, Gilgit, Skardu are off-limits for them, few Indian origin citizens on foreign passports got the Pakistan visas to cities only.”

So, even changing citizenship is not the solution. I hope someday the relation between the two countries improve and the people come closer. I wish to travel across Pakistan just like I can in any other country.

After all, we wear the same dress, eat the same food and share a common history.

Remember our history books from school?

Didn’t we grow up studying Churchill was the cruelest human being on Earth? He referred to Indians as beastly people with beastly religion who bred like rabbits. He snatched away food from Bengal and single-handedly caused the death of over 9 million people during World War 2. A mass genocide that never bothered the world and is forgotten now.

Well, let me tell you what Europeans thinks of him. He is a celebrated man for winning the war against Germany. My Swedish friends believe Churchill was a great leader and I could not understand why. I did a bit of research and found that nobody outside India knows about his horrible actions. He continued to be a highly respected man enjoying royal treatment. He in fact won the nobel prize for literature in 1953. The fact that he was nominated for the prize, even after killing 9 million people saddens me.

After my exams, as a custom, I always pack my bags and travel somewhere. The joy of travelling is enhanced after a hectic exam week. I feel extremely happy, care-free and constantly think of how lucky I am to have made it through a seemingly never-ending exam period.

But this time it was different. I didn’t have my usual gang of friends to plan a trip with. Let alone friends, I was in an altogether different continent. I decided to take a bus to Copenhagen and spend 3 days thereafter exams with no prior planning made. It was my first solo trip.

I arrived at Copenhagen at noon and checked into Steel House Hostel.   It is popular among Chalmers students. I carried a few vegetables and spices with me. The hostel has an amazing kitchen where I cooked food for 3 days and stored it in the fridge thereby cutting cost on meals.

On the receptionist’s recommendation, I went for a free walking tour conducted by volunteers. They accept tips at the end of the trip. It turned out to be a wonderful experience! The walking tour lasted four hours and our guide was full of energy, funny and well informed. He told us the story of the Vikings and the Danish royalty and took us around the city showing us all the major attractions. By the end of this tour, I had a solid idea of must-visit places and must eat Danish food. Around 50DKK/4€ is considered a decent amount to tip. I was lucky to be in Copenhagen during one of its many Jazz festivals that happens throughout the year. Attending a concert in one of the city’s jazz clubs is a must do. I went to a concert at Copenhagen’s oldest jazz club, La Fontaine. The concert was to start at 10pm but I walked in at 7pm to avoid the rain and it turned out that tickets were sold only after 9pm. So I got free entry + happy hours on beer. This saved me 150 DKK/ €20. It’s a small place and it gets really crowded. I sat down on a table with a Danish pharmacist, an Italian economist working for the Italian Ministry of Labour, an Irish business consultant, a Catalonian school teacher and a Greek software developer. In the era of pop and rap music, finding people with a similar taste for classical music was amazing. We spoke about symphony music, Vienna, Salzburg and more.

I explored the shopping district of Copenhagen and immersed myself in the lively street food and music at Nyhavn. The famous Rundetaarn (The Round Tower) is located here and offers a breathtaking view of the city and on a clear day you can even see Malmö, Sweden.

There are several museums in Copenhagen catering to different interests and has something to offer for everyone. I was particularly interested in knowing the history of the Kingdom of Denmark and went to Amalienborg Palace, Christianborg Palace and their museums. Be careful to not carry any knives or other harmful substances as the Danish Parliament lies within the Amalienborg Palace and is under strict security. You can also go to the top of the tower for free and witness the mesmerizing skyline of Copenhagen dotted by old churches, palaces and museums.

After walking around the city continuously for two days, my legs were aching and I thought I should take the metro pass. But since I was on a tight budget, I decided to continue on foot. 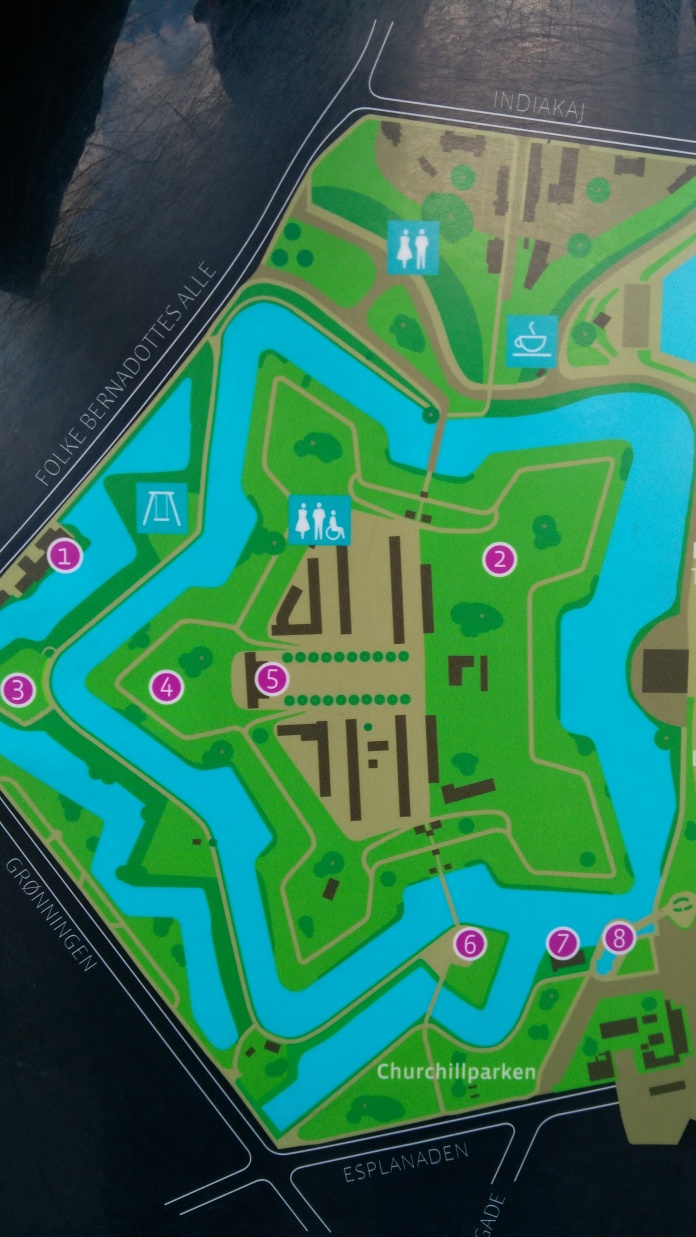 Kastellet (The Citadel) is a 5 point star-shaped fort that houses some historical artefacts from the wars Denmark has fought and also has a small army presence. It symbolises the Danish seat of power (similar to the role Red Fort, Delhi plays in the Indian context) as the fort had been under Nazi occupation during WW2.
I had an interesting conversation here with a Danish war veteran who served in Palestine for 7 years and an American writer who was writing a fiction novel on the influence of NATO in Denmark’s geopolitical interactions. These two men had the exact opposite views about Russia and the conversation didn’t end very soon.

The Copenhagen modern art museum is a nice place to explore the contemporary art scene which is a bit abstract and not something you can appreciate immediately. 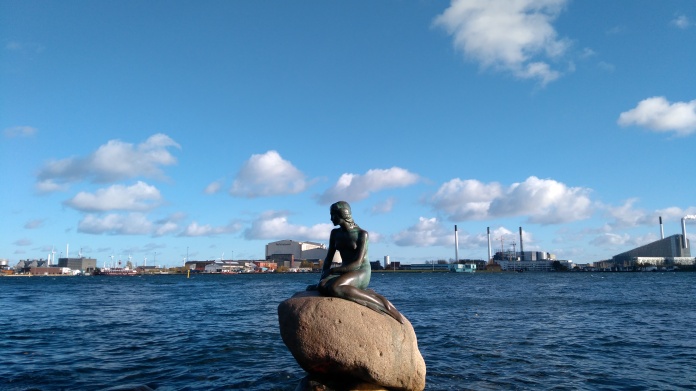 Little Mermaid- The most photographed spot in Copenhagen. A little far from the statue is a peaceful spot with some benches. I spent almost an hour there just looking at the waves.

I ended the trip by treating myself to a sumptuous meal at the Copenhagen Street Food. A huge indoor arena with food stalls from all over the world. I tried Brazilian and Turkish cuisine for the main course, had four different kinds of desserts and three drinks during the four hours I spent there.

Travelling alone is a very good learning experience as you try to figure out everything on your own and have the opportunity to meet new people and make friends. The biggest advantage is that you have the freedom to do what you want. I’ve been in situations where I was interested in doing something but the others were not and I had to skip it to fit into the group dynamics.

Go out, travel alone and explore yourself!